This is number 5 in my “On” series. Others include On Capitalism, On Privilege, On Freedom and On Constitutionalism. Forthcoming: On Fear and On Democracy.

I’ve written at some length about the idea of development, that is, that we change and grow over time. This is an idea about which most modern societies have some ambiguity; we both know and do not know that it is going on. We all know that children develop – that phases of development are natural and normal, and it is normal for your two year old to be self-centered in a way that would make an adult appear like a psychopath. But then we have the idea that development somehow stops at some magical age – between 18 and 21 – after which we are “all equal.” And yet we also know that this is not true, which is why you have to be 35 to be president of the United States, and no undergrads are tapped to be university presidents. What I’m saying is not new agery, but standard developmental psychology: development continues on throughout adulthood and most never come anywhere near the “end” point. 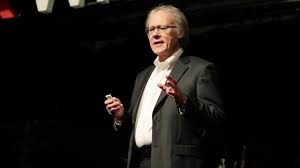 But what I want to address here is not so much the level of consciousness, but the state of consciousness prevalent in the modern West (and increasingly, the East). I was prompted to this by a “banned” TED talk by Graham Hancock, who makes a strong case that there is something like a conspiracy against certain states of consciousness. Now Hancock holds that these preferable states are accessible through certain psychotropic plants – he is not the first I’ve heard say that it is highly likely that the substances used in the ancient mystery schools (of which Plato was probably a member) were psychotropic. I don’t condone the use of these substances, in fact I’m fairly neutral on them, but Hancock also argues persuasively that the societally approved drugs – particularly ones like caffeine and ritalin – promote a state that, while good for problem-solving, is not conducive to examining the moral questions we face. This may be why the “best and the brightest” of our societies have brought us the nuclear bomb, GMOs and a generally more dangerous world. They know “what” to do but not “why” it should be done – it shouldn’t.* This “rational” state that we are encouraged to remain in makes us good cogs in the gigantic machines we are all part of, thoughtlessly commuting to jobs that generally make the world worse.

It is my view that these preferred states are accessible without any substances; through introspection and perhaps meditation, though they probably do require the elimination of the “approved” substances and daily stresses. Hancock is quite compelling in his argument that the prevalent state of consciousness has created most of the problems we see around us and that they cannot be solved from that same state of consciousness, but require another.

The Other Lost Generation

The realization is slowly dawning on scholars  that because precarious adjunct work is the new norm in academia, a generation (going on two generations) of scholarship has been lost. What could have come out of this generation had they been offered normal, full-time academic positions? It’s really impossible to say, but if we look back at what previous generations brought us, it may give an inkling of the potential that has been, and is being squandered by the pay-per-student university model, as 70% of the academic teaching workforce are now  lecturers.  Just a sampling of the traditional model of the academy shows its fruits:

With the WWII generation, we gained Arendt’s  banality of evil, Heiddeger’s dasein,  Marcuse’s one dimensional man, and the insights of Walter Benjamin and the Frankfurt school in general.

Though the glut in PhDs began with them, the boomers gave us postmodernism, Derrida’s deconstruction, liberation theology, Said’s orientalism, and many of the critical and areas studies (Women’s studies, Black/African American Studies, Ethnic Studies).

Generation X was the first to be hit with “adjuctivitis,” and it has shown – ours is not really associated with any major intellectual movements. Just more postmodernism and a vague sense of trying to catch up with our forebears, who seemed to think up this stuff between sips of champagne (World Wars notwithstanding), tea and some heavier stuff. On the contrary, in our time, the death of theory has been (albeit exaggeratedly) proclaimed. Now as the early millenials begin to enter the halls of academia, the prevailing mode is not liberation, but a new frugality, even while burdened with unprecedented debt.

If we are to take just the very rough outlines of these developments in thought, we find modernity (scientific rationality) and postmodernity (a simultaneous acceptance of multiple world views), which suggests the next development would have been “beyond” postmodernism. One approach, which I have written extensively about, was ironically (or perhaps not so ironically) developed outside academia: Integral. As integral takes the best of both modernity (the use of reason) and postmodernity (the understanding that truths are context-dependent), it seems feasible that it could be, or could have been, a next step. As Generation X grew up at the cusp of liberalism (Carter) and conservatism (Reagan), it also seems feasible that it could be, or could have been, the first integral generation – inside or outside of the academy itself. Philosophers were not usually professors until Kant. Hegel was a high school teacher until he was 46. Though many had some type of patronage – from the time of Aristotle through Rousseau – academic posts are not the only way to be productive. It’s just that we have yet to find a better model.