The Lowland by Jhumpa Lahiri

Like Google Earth, Jhumpa Lahiri’s narrative in her new novel The Lowland zooms in to record the minutest details of life in India and Rhode Island, then zooms out temporally, skipping a decade or more, then flashing back. In an interview, Lahiri said the story is about two brothers, Subhash and Udayan Mitra, who were involved with the Naxalite movement of the 60s, and with the same woman, the misanthropic Marxist philosopher Gauri. The plot line is based on an actual pair of brothers, who were killed in front of their parents for participation in the movement. But in the novel, only one brother sustains his participation the movement, and he dies early in the story, and for half the book there is next to nothing about the Marxist movement in India.

The New York Times had this to say of the book:

“The Lowland” is certainly Ms. Lahiri’s most ambitious undertaking yet, and it eventually opens out into a moving family story. It is initially hobbled, however, by pages and pages of historical exposition, by a schematic plotline and by a disjunction between the author’s scrupulous, lapidary prose and the dramatic, Dickensian events she recounts. It is only in the second half that Ms. Lahiri’s talent for capturing the small emotional details of her characters’ daily lives takes over, immersing us in their stories and making us less aware of the book’s creaky and often noisy hydraulics.

I was surprised that the book was nominated for the Man Booker Prize, but not surprised when it didn’t win, losing out to New Zealand’s Eleanor Catton for The Luminaries. It isnʻt even her best book. A writer mainly of short stories, Lahiri has not been able to extend her narrative powers over the novel length. Her Interpreter of Maladies deservingly won the Pulitzer Prize when she was only 31 years old. One line is etched in my mind, demonstrating her prowess with prose: “boys too young to shave but already missing teeth” opens up a panoramic picture of a harsh world in which these boys live – with only a phrase of text. 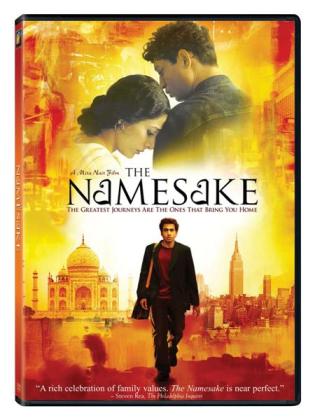 Her first novel The Namesake presented one of the exceptionally rare cases in which the film was, in my view, better than the book. This was mainly because her male protagonist lacked real depth and reality – a problem that continues with the males of The Lowland. It was also because of Kal Penn’s humanizing portrayal of Gogol/Nikhil. Both books touched on topics of genuine concern to me and drew me in, her prose both spare and lush, and descriptions of the bourgeois New England life resonate with her readers as much as her depictions of the unfamiliar territories it bridges to, especially India.

Lahiri’s interest in Marxism is curiously anachronistic, as even the characters themselves, as they go through life, begin to regard their activity as naive. The Party they belong to, for example, is called the Communist Party of India – Marxist-Leninist (CPIM). What is more complex is the web that emerges in the functioning of the Party’s activities, which include murder – not everyone knows what their role in the larger strategy is. Their roles become clearer as the plot progresses, flashing back and forward, even from past to present tense, but the historical backdrop of Indian Marxism does not.

But Lahiri has surprises. There may be things going on here that could be easily missed, but these are left cryptic. Is The Lowland a commentary on global warming? Of the two lowlands – one in Calcutta/Kolkata and the other, the state of Rhode Island – only one survives to the end of the book. And is her seemingly anachronistic interest in Marxism a commentary on global wealth inequality? Subhash’s move to the US for his career seems to create the lonely life of the expatriate rather than any visible abundance. The book begins at the Tolly Club, a former British country club, symbolizing the wealth and class divide of colonial and postcolonial India. Late in the book, Subhash is invited to the club, but his response is muted. There are also some literary nuances that leave one guessing. The result is a good novel from a great writer.